With the oldest inhabited site in the Americas, Chile’s astounding past is only starting to be unearthed and understood. Chile has come far from its first days as a backwater of the Spanish empire. Today’s culture still bears the marks of a small landowning elite, a long industry of mineral exploitation, and politics which both thwarted and strove for reform. Its ultimate resilience has led Chile to become one of the most stable and influential countries of Latin America. 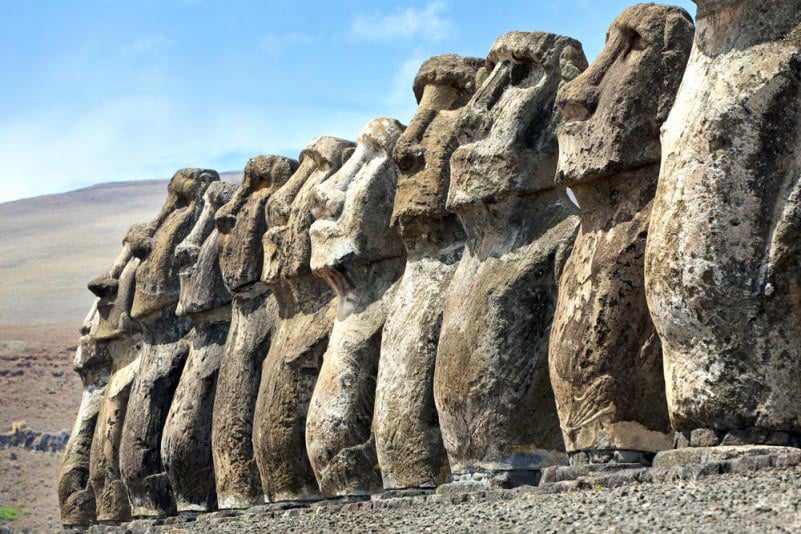 A small child’s footprint left in a marshy field rocked the foundations of American archaeology during the 1980s. The 12,500-year-old print proved human habitation in Monte Verde, near Puerto Montt. Other evidence dated back as far as 33,000 years. These highly controversial dates negate the long-accepted Clovis paradigm, which stated that the Americas were populated via the Bering land bridge some 11,500 years ago, after which the Clovis people scattered southward. New theories suggest multiple entries, different routes or coastal landings by the first peoples. Following a landmark 1998 convention, the Monte Verde site was acknowledged as the oldest inhabited site in the Americas, although more recent discoveries, notably in New Mexico, date back as far as 40,000 years. 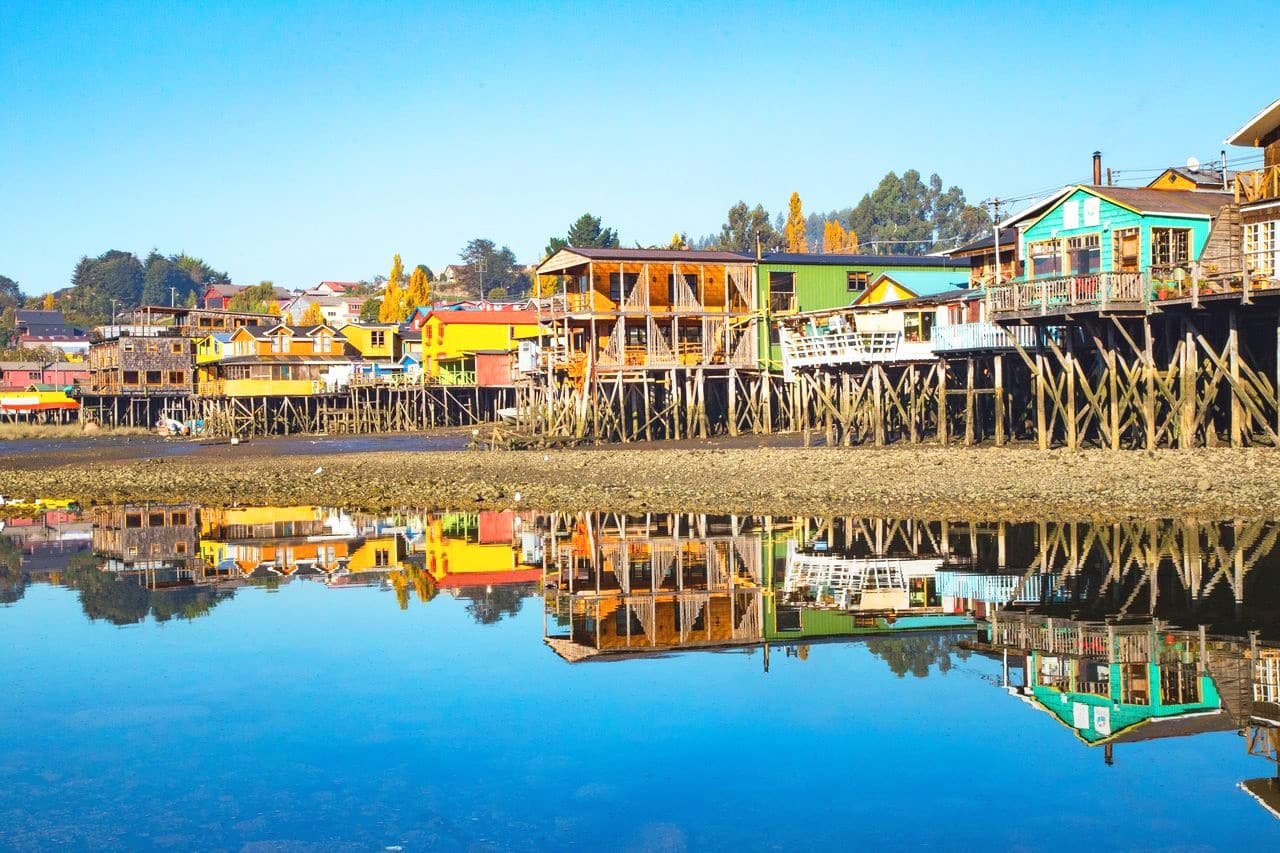 The invasive Inka culture enjoyed a brief ascendancy in northern Chile, but its rule barely touched the central valley and the forests of the south, where the sedentary farmers (Picunche) and shifting cultivators (Mapuche) fiercely resisted any incursions. Meanwhile the Cunco fished and farmed on the island of Chiloé and along the shores of the gulfs of Reloncaví and Ancud. 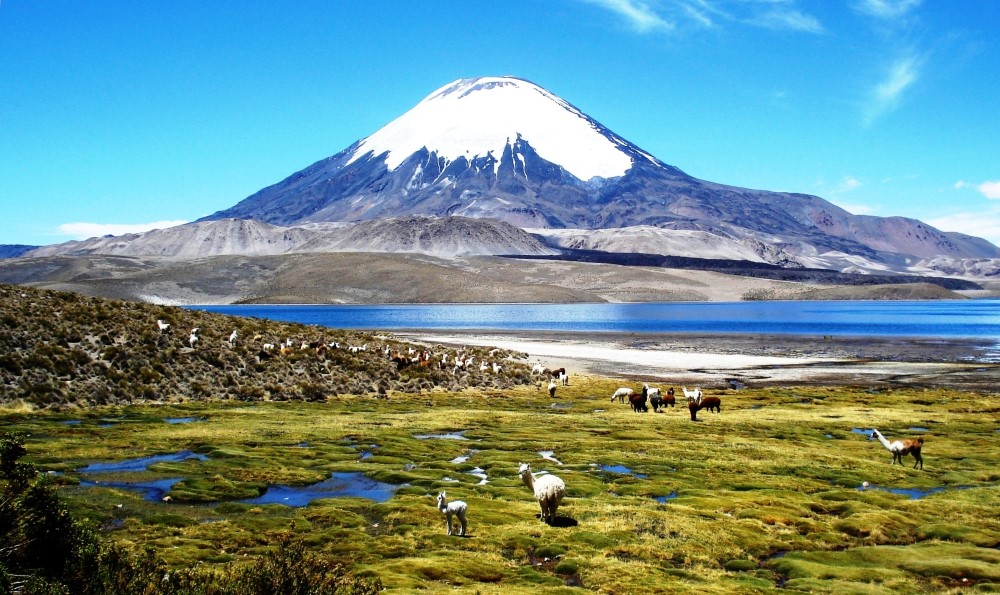 Little is known about the Selk’nam (Ona) people who once inhabited Magallanes, but it is well documented that they withstood extreme temperatures wearing little or no clothing. On the government-run Chilean Cultural Heritage website (www.thisischile.cl/cultura/patrimonio-cultural), anthropologist Francisco Mena recounts, ‘An investigator of the 19th century writes that he once met a naked man, and asked him how come he felt no cold. And the Selk’nam answered: My whole body has become face.’

For more interesting historical anecdotes, explore the website, which also has an English version. 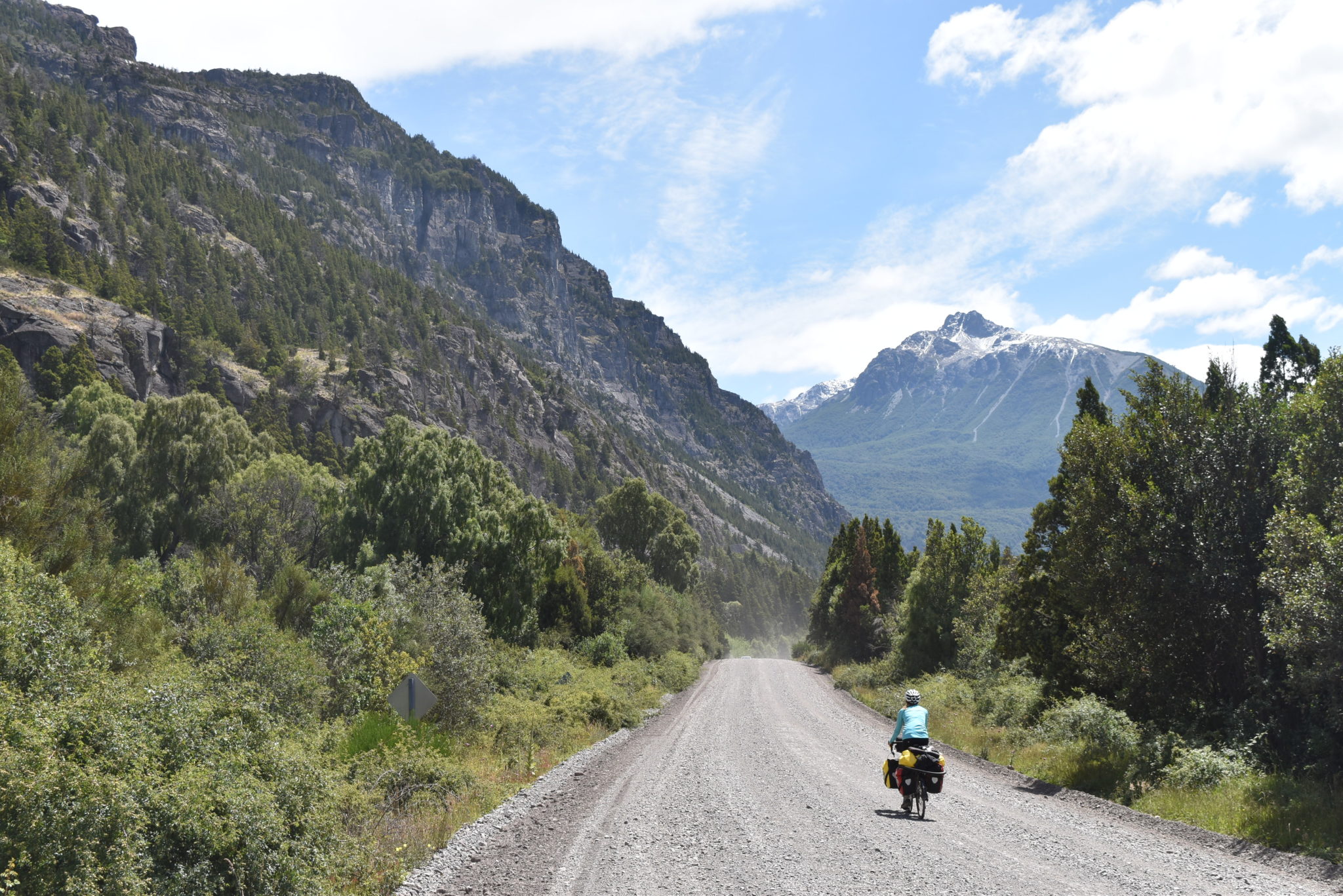 In 1495, unbeknown to indigenous populations, the Americas were divided up by two superpowers of the day – Spain and Portugal. The papal Treaty of Tordesillas delivered all the territory west of Brazil to Spain. By the mid-16th century, the Spaniards dominated most of the area from Florida and Mexico to central Chile. Though few in number, the conquerors were determined and ruthless, exploiting factionalism among indigenous groups and intimidating native peoples with their horses and firearms. But their greatest ally was infectious disease, against which the natives lacked immunity.

The Spaniards’ first ill-fated foray into northern Chile was led over frozen Andean passes in 1535 by Diego de Almagro. Though a failure, it laid the groundwork for Pedro de Valdivia’s 1540 expedition. After surviving the parched desert, they reached Chile’s fertile Mapocho Valley in 1541.Valdivia subdued the local indigenous groups, and founded the city of Santiago on February 12. Six months later the indigenous peoples struck back, razing the town and all but wiping out the settlers’ supplies. But the Spaniards clung on, and the population burgeoned. By the time of his death in 1553, at the hands of Mapuche forces led by the famous caciques (chiefs) Caupolicán and Lautaro, Valdivia had founded numerous settlements and laid the groundwork for a new society.

Lust for gold and silver was always high on the Spaniards’ agenda, but they soon realized that the true wealth of the New World consisted of the large indigenous populations. The encomienda system granted individual Spaniards rights to indigenous labor and tribute. It was easily established in northern Chile (then part of Peru) where the indigenous population were highly organized and even accustomed to similar forms of exploitation.

The Spaniards also established dominance in central Chile, but the semi-sedentary and nomadic peoples of the south mounted vigorous resistance. Feral horses taken from the Argentine pampas greatly aided the Mapuche, whose new mobility enhanced their ability to strike.

Despite the Crown’s distant disapproval, Valdivia began rewarding his followers with enormous land grants. Such latifundios (estates) became an enduring feature of Chilean agriculture and society, with many intact as late as the 1960s.

Independence movements sparked between 1808 and 1810 were born from the emergence of the criollo (creole) class – American-born Spaniards pushing for self-government. To facilitate tax collection, Madrid decreed that all Spanish trade pass overland through Panama rather than directly by ship. This cumbersome system hampered commerce and eventually cost Spain its empire.

During colonial times, Chile was judged a subdivision of the Lima-based Viceroyalty of Peru. Called the Audiencia de Chile, it reached from present-day Chañaral south to Puerto Aisén, plus the present-day Argentine provinces of Mendoza, San Juan and San Luis. Chile developed in near isolation from Peru, creating a wholly distinct identity.

By the 1820s, independence movements were igniting throughout South America. From Venezuela, a criollo army under Simón Bolívar fought its way toward Peru. The Argentine liberator José de San Martín marched over the Andes into Chile, occupied Santiago and sailed north to Lima.

San Martín appointed Bernardo O’Higgins second-in-command of forces. O’Higgins, the illegitimate son of an Irishman who had served the Spaniards as Viceroy of Peru, became supreme director of the new Chilean republic. San Martín helped drive Spain from Peru, transporting his army in ships either seized from the Spaniards or purchased from Britons or North Americans seeking commercial gain. Thus it was that Scotsman Thomas Cochrane, a colorful former Royal Navy officer, founded and commanded Chile’s navy.

Mining expansion created a new working class, as well as a class of nouveau riche, both of which challenged the political power of the landowners. The first political figure to tackle the dilemma of Chile’s badly distributed wealth was President José Manuel Balmaceda, elected in 1886. Balmaceda’s administration undertook major public-works projects, revolutionizing infrastructure and improving hospitals and schools. In 1890, a conservative Congress voted to depose him.

Naval Commander Jorge Montt was elected to head a provisional government. In the ensuing civil war, Montt’s navy controlled the ports and eventually defeated the government, despite army support for Balmaceda. Over 10,000 died and Balmaceda shot himself. 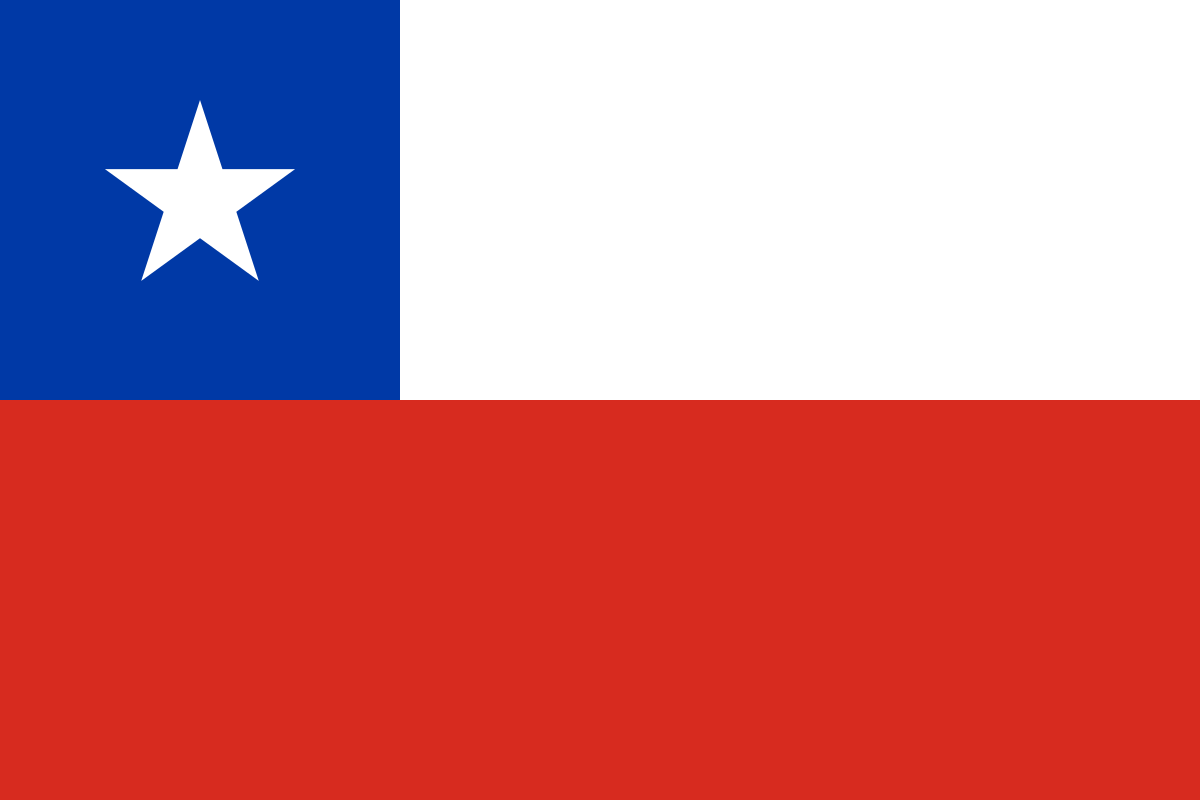 The Chilean economy took a hit for its crippling dependence on nitrates, which were being replaced by new petroleum-based fertilizers. The 1914 opening of the Panama Canal made the Cape Horn route, and its many Chilean ports, nearly obsolete.

After periods of poor leadership, several leftist groups briefly imposed a socialist republic and merged to form the Socialist Party. Splits divided the Communist Party, while splinter groups from radical and reformist parties created a bewildering mix of new political organizations. For most of the 1930s and 1940s the democratic left dominated Chilean politics.

Meanwhile, the early 20th century saw North American companies gain control of the copper mines, the cornerstone – then and now – of the Chilean economy. WWII augmented the demand for Chilean copper, promoting economic growth even as Chile remained neutral.

Seen Everything - Proudly Powered by WordPress
Theme by Grace Themes